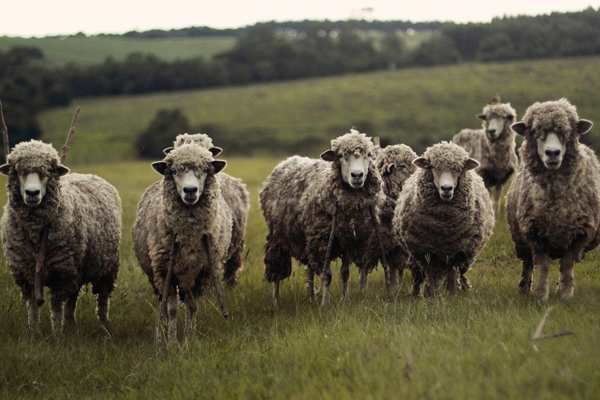 Last week, I argued for the Reformational view of preaching—that, in the words of the Second Helvetic Confession, “The Preaching of the Word of God is the Word of God,” or as Greg Scharf put it, “God actually speaks through those who speak in his name.” This idea—that a sermon which conveys and applies the meaning of a biblical passage is not merely a human talk but is actually God speaking to his people—has profound implications for the listener.

D.A. Carson once wrote in a different context: “A talking God changes everything.” This certainly holds true for sermon listening. It means that, even though a sermon is one-way proclamation, even though we are passive in receiving the Word, we dare not take the task of listening lightly, or presume that there are no requirements of us. Indeed, the fact that God still speaks to us today first demands a particular attitude, a certain mindset or bearing from the listener—what I’ll call the “posture” of an expositional listener. And second, this understanding of preaching suggests that the listener observe some practices that will enhance their grasp and application of what God is saying to them in the sermon (that’s for next week!).

This week, I’d like to highlight and briefly discuss six attitudes of an expositional listener.

In Acts 17, Luke sets up a contrast between the Jews of Thessalonica and the Jews of Berea. The Berean Jews, Luke tells us, were “more noble.” Why? Because they, unlike those in Thessalonica—who rejected Paul and Silas’ teaching and drove them out of town—“received” the Word. The word “receive” here (dexomai) has the idea of being “warmly receptive” or “welcoming.” Luke’s use of the word “noble” (eugenes, “well-born”), which also has the idea of being generous or open-minded, reinforces this theme. Sermon listening which aspires to “Berean nobility” has to be receptive—warmly welcoming, and open to instruction and correction. It cannot approach the sermon in a hostile, indifferent, or guarded manner, because, again, it’s not ultimately the preacher who is speaking, but God.

At the end of the book of Isaiah, God declares: “…this is the one to whom I will look: he who is humble and contrite in spirit and trembles at my word” (Isaiah 66:2b, emphasis added). James tells us to “humble yourselves before the Lord and he will exalt you” (Jas. 4:10). Growth in Christian maturity is something God does (Phil. 2:12-13, Heb. 13:21), meaning that the Christian who desires to grow needs to approach the Lord with humility. Note that this approach is on God’s terms, not ours. The very nature of preaching as God’s Word conveyed objectively—that is, through another person, rather than directly to a learner—is vitally important, and requires (and promotes!) humility, as John Calvin points out: “Pride, or fastidiousness, or emulation, induces many to persuade themselves that they can profit sufficiently by reading and meditating in private, and thus to despise public meetings, and deem preaching superfluous” (Institutes 4.1.5). So, when God’s Word is preached, it is God himself speaking, and those drawing near to hear him need to come with humble hearts—after the pattern of their Lord, who was “lowly in heart” (Matt. 11:29). And because the preaching of the Word is ultimately God speaking, Christians need to be extremely careful not to have an attitude of condescension toward the man being used as the mouthpiece, however imperfect; humility toward God cannot exist alongside pride toward men. The example of Job is instructive; as upright as he was, he still needed to be brought low through God speaking directly to him (Job 38-41). Job’s response should be our own: “Behold, I am of small account; what shall I answer you? I lay my hand on my mouth….now my eye sees you; therefore I despise myself, and repent in dust and ashes” (Job 40:4; 42:5b-6).

Don’t miss that in Isaiah 66:2, God goes on to describe the response of the humble heart: it “trembles at my word” (emphasis mine). As listening to God’s Word preached is listening to God speaking, sermon listening is worship. And the author of Hebrews describes the characteristic attitude of Christian worship: “Therefore let us be grateful for receiving a kingdom that cannot be shaken, and thus let us offer to God acceptable worship, with reverence and awe” (Heb. 12:28). Reverence is the outward display of the heart’s inward humility. Don’t forget that the same inspired author, two chapters before, gives “encouraging one another” as one of the aims of “meeting together” (Heb. 10:25). Our example and display of reverence toward the Lord in hearing preaching is part of our ministry to one another, for in so doing we “stir up one another to love” (including love of God and his Word!) “and good works” (such as listening well).

God’s word has limitless power. By his Word he created the universe. By his Word he created, and continues to create, a people for himself. Through Isaiah, God declared: “For as the rain and the snow come down from heaven, and do not return there but water the earth, making it bring forth and sprout, giving seed to the sower and bread to the eater, so shall my word be that goes out from my mouth; it shall not return to me empty, but it shall accomplish that which I purpose, and shall succeed in the thing for which I sent it.” No Christian should approach biblical preaching with an attitude of cynicism. Even the skill and experience of the preacher (or lack thereof!) should furnish no excuse for a lack of expectancy. God can draw a straight line with a crooked stick! Indeed, one of the most striking examples of the power of the preached word through an unworthy mouthpiece occurred in 1687; an “exceedingly wild spark” and a “stranger to divine grace” named Benjamin Keach, a wayward pastor’s kid, was pretending to be a minister and, when invited to preach by an unwitting Baptist church, suddenly came under tremendous conviction of sin and was converted by his own preaching! We need to approach preaching with great expectancy and anticipation, brothers and sisters.

Luke, in commending the Berean Jews as “noble” for “receiving” the Word, makes another point. The Bereans received the Word “with eagerness.” This isn’t merely an emotional response, like a silly puppy jumping up and down waiting for a treat; the word can also be translated as “readiness.” Yet it’s not empty or devoid of emotion, either. The idea here is that they were ready and willing to receive the Word out of an enthusiasm and zeal for the Word. Their love for God and longing to know him more inclined them to be open to the Word, not in an academic sense (i.e., “I’m open to be convinced otherwise”), but in an eagerly anticipatory sense (i.e., “Maybe this is what we’ve been waiting for!”). We should be both ready and eager to be changed by the words God speaks to us.

Lastly, we need to pause and consider what an incredible blessing it is for God to speak to us at all. This God, who is “of purer eyes than to see evil and cannot look at wrong” (Hab. 1:13) yet “will look” (Isa. 66:2) to mere human beings as ourselves. God has condescended to speak to us in words we can understand, and has further given us his Holy Spirit to apply these truths to our hearts. For these reasons, the Reformed tradition has often spoken of preaching as a “means of grace”—preaching conveys grace, brings a gift from God to men. John Calvin rebuked those who diminished the importance of preaching because of the weakness of preachers, saying: “Those who think that the authority of the doctrine is impaired by the insignificance of the men who are called to teach, betray their ingratitude” (Institutes 4.1.5). Therefore, a fundamental attitude of an expositional listener approaching the act of preaching ought to be a profound gratitude—not ultimately to the man preaching (though there is a gratitude appropriate for his labor—e.g. 1 Thes. 5:12-13; 1 Tim. 5:18) but rather to the God who chooses freely to stoop down from heaven above and talk to us.