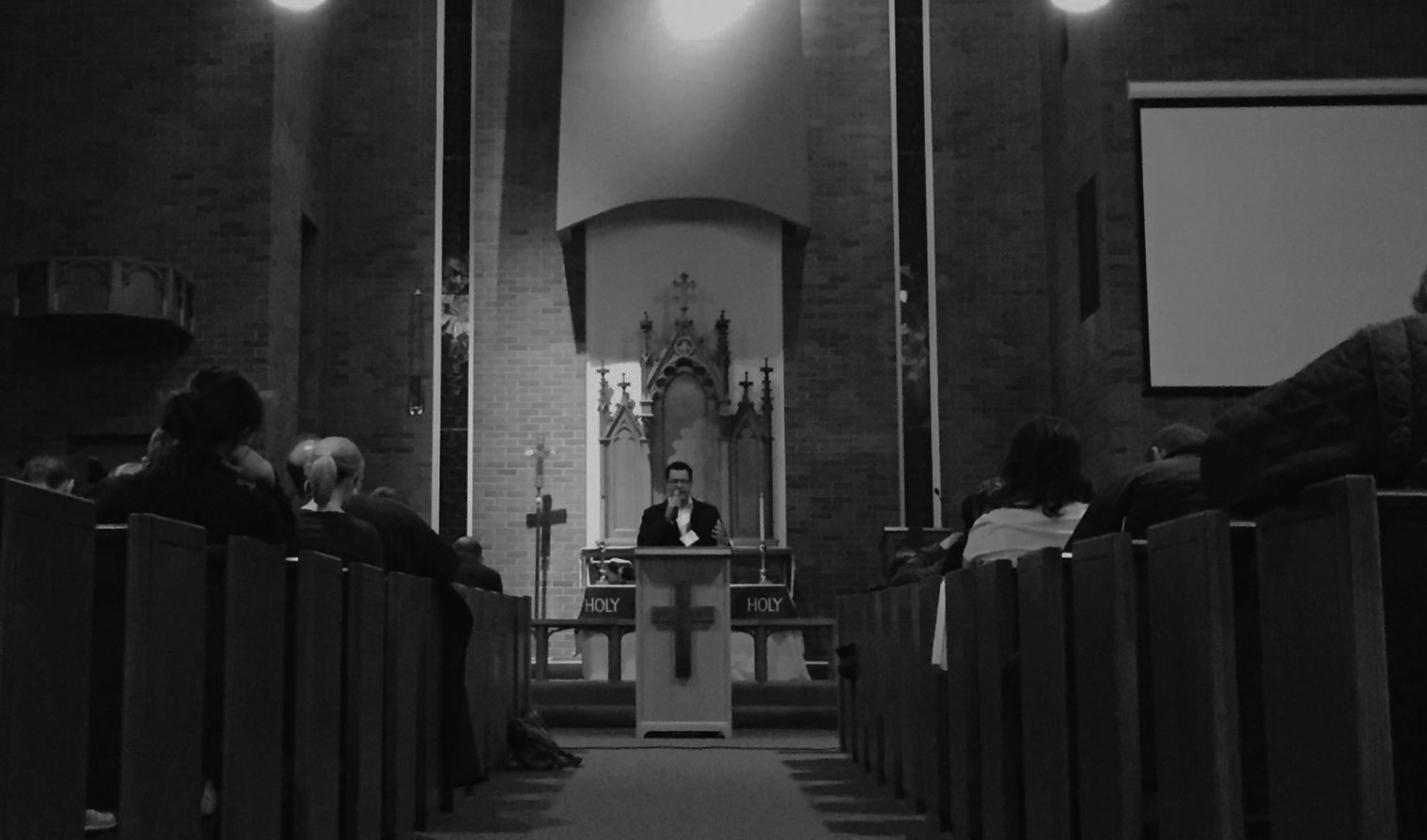 Over the last year I’ve taken a couple of my “shifts” writing the church newsletter to look at the subject of “Expositional Listening.” Back in 2016, we took a closer look at the account of Paul’s visit to Berea, highlighting the fact that Luke, the author of Acts, is commending the Berean Jews for their nobility—a generous, warm-hearted open-mindedness and humility that expressed itself in their eager reception of the Word and their active confirmation of its truth in the Scriptures. Then, in January, we looked at the nature of expository preaching as God speaking through preaching, and drew a certain “posture” or attitude from a sermon listener, a posture that is receptive, humble, reverent, expectant, eager, and grateful to God.

The entire point of the Berean account--Luke’s intent in writing it for us--is to compare the Jews of Thessalonica to those of Berea, contrasting how each group received Paul’s preaching. Well, what kind of preaching did the Bereans receive? What was it that the Thessalonians rejected? Back in January, I shared our church’s own description of expository preaching:

We are strongly committed to preaching which unpacks, unfolds, explains, and applies the meaning of the text of Scripture.

Paul was an expositional preacher. And this wasn’t unique to his Thessalonian visit, for Luke tells us this was “his custom” (v. 2). So this is what he did in Berea, too.

How did those Bereans and Thessalonians, who were “persuaded” and “believed,” view this preaching? What did they understand this preaching to be? Paul himself helpfully tells us in his letter to the Thessalonians church: “we thank God constantly for this, that when you received the word of God, which you heard from us, you accepted it not as the word of men but as what it really is, the word of God, which is at work in you believers” (1 Thes. 2:13). Don’t miss that Paul here specifies that the Word they “accepted” was the Word “which you heard from us.” Remember that the Thessalonians were in a synagogue; they already had the Scriptures of the Old Testament. So the Word they received as the word of God was human preaching. That is, the fact that Paul opened God’s Word, explained God’s Word, and pressed the implications of God’s Word on his listeners meant that God was actually speaking through Paul. Paul, in Peter's words, would "speak as one who speaks oracles of God" (1 Pet. 4:11) And the Thessalonians’ recognition of this is what Paul thanked God for.

How did those Berean and Thessalonian believers receive the preaching? Again, back in January, we looked at the “posture,” the attitude, of an expositional listener. We saw that such a listener is receptive, humble, reverent, expectant, eager, and grateful. We see this in the Bereans, who Luke describes as “noble”—literally “well-born,” but meaning generous, open-minded, receptive to reason—and as those who “received” the Word with “all eagerness,” as those who were hungry, who humbly recognized they had much to learn. We see this in the Thessalonians, who, because Paul describes them as accepting his preaching as God speaking, were reverent. And since Paul points out the Word was “at work” in them, he is saying that they ought to be expectant of great things from that Word’s work.

There’s one final mark of an expositional listener, before we arrive at a definition. Back in March of last year I looked at the Bereans’ habit of examining the Scriptures daily in response to Paul’s preaching. I pointed out that this wasn’t done out of suspicion or juvenile fault-finding, but rather out of respect and eagerness for the Word. That is, they were active listeners. They wrestled with the text. They “took the sermon home.” They talked about it and studied the sermon texts on their own.

How would we define expositional listening, then? Here’s a longer definition, based on everything we’ve looked at:

Expositional listening humbly, receptively, eagerly, and actively listens to, and seeks to be changed by, God speaking through preaching that opens, explains, proclaims, and applies the meaning of a passage of Scripture.

I like this long one because it hits all the key points we’ve discussed. It is a mouthful, though! Here’s a more “snappy” version:

Expositional listening receptively and actively listens to, and seeks to be changed by, God speaking through preaching that proclaims a Bible passage’s meaning.