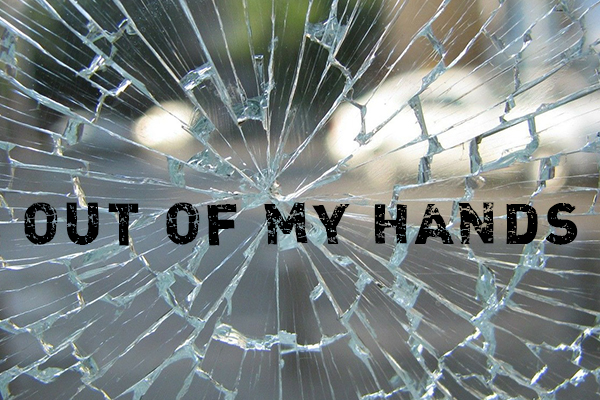 Have you ever handled a tool or a task and done such a bad job with it that you wanted to give it up so that someone else can use it properly?

Like the first time, I tried to pound in a fence post with a heavy maul. I was barely a teenager when I swung the sledgehammer and I half-glanced the top of the post so often it resembled a spilled box of toothpicks. I handed the sledgehammer back to my dad before I did anything worse with it.

That is sort of like how we are as Christians. We have recognized that the tool that we’ve been given as a gift-- “life”-- is something that we aren’t very good at handling. In fact, the more we use our life in the way we deem fit, we actually destroy life-- our own and the lives of others. This is profoundly disrespectful to the God who created us for his own fame and glory.

According to the Scriptures, we know that when a life-basher admits their appetite for destruction and relinquishes their life to God, their Creator, they are no longer the owners of it. Christians call this transfer, conversion, and it’s a switch from self-reliance to Christ-reliance. It is giving up our self-governed drive to make ourselves the center of the universe. In its place is a submission to the superior mastery of Jesus Christ, whom we now call, “the Lord”, because only he knows how to handle our lives.

But there is still the problem of the destruction. It would be easy to pick Jesus as the efficient guru for our life so that we can claim for ourselves the beauty of symmetrical fence posts everywhere we look. That would ignore all the mayhem we have left behind in this world, and not least of which, the inner mayhem of our sledgehammer nature.

The destruction problem can’t be ignored. And destruction is old hat for us because we learned it from our first daddy-- Adam. He couldn’t leave that mysterious fruit alone. He wanted to take a swing at it. Take a bite and toss the core in God’s good garden. The first litterbug. And all of his kin have been destroyed and destroying by sin’s destructive nature ever since.

So at issue is the need for a conversion from this post-Eden, post-apocalyptic destruction that we find ourselves in.  God, the Son became incarnate, meaning he added humanity to himself, entered our world filled with forests of sledgehammers, and lived a destruction-less life. He was without sin, and in his humanity he fully obeyed God, submitting to the will of God the Father saying, “not my will, but yours be done.” (Luke 22.42)

Of course, as Jesus was so deft in his handling of life and his skill in heeding the word of God, it meant that sooner or later he would face the sledgehammer himself. And so, he was nailed to the splintered post and beam. And there, he received the consequence which all of that godless destruction deserved. God’s hammer came down on Christ, fulfilling the prophecy of Isaiah that, “it was the will of the Lord to crush him” (53.10). Wrath came upon Christ, though “he had done no violence” (53.9).

So that is how it’s possible to give up the ownership of our lives to Jesus Christ. He is Lord. He knows what’s he’s doing. And more importantly, he has already paid the bills of our sledgehammer spree. As 2 Timothy 1.10 says, Jesus is the one, “who has destroyed death and has brought life and immortality to light through the gospel”(NIV).  He has come to make“all things new” (Rev 21.5).

Now for the Christian, we live with this comforting thought, expressed so well by the catechism: “That I, with body and soul, both in life and in death, am not my own, but belong to my faithful Savior Jesus Christ”.

Take comfort in the tool being in God’s hands. Though you don’t deserve the help, you ought to be glad to have it. It’s all of grace, “for we are his workmanship, created in Christ Jesus for good works which God prepared beforehand that we should walk in them.” (Eph 2.10). Such intentional planning sounds like the wisdom of the Master.