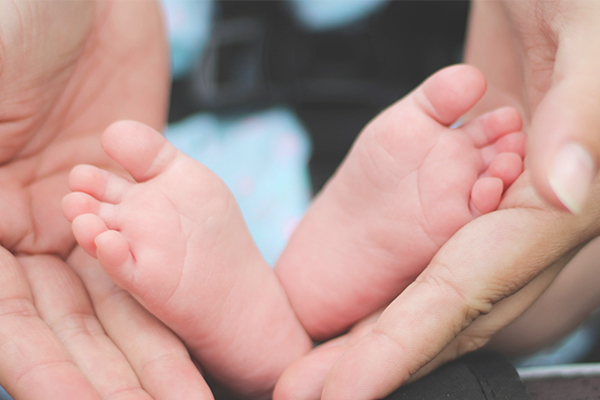 “Train up a child in the way he should go; even when he is old he will not depart from it” (Proverbs 22:6).

When a child is born to a husband and wife an eternal existence has begun. They are like arrows in the hand of a warrior, with potential to do great harm or great good (Ps. 127:4). There are two ways the child can go; the way he “should go” or the way he would go. And heaven and hell are the only two possible final destinations for the child. Of course, God is sovereign over a person’s salvation, but he uses means and the Scriptures are clear that parents have a big responsibility here. So parenting is a wonderful but weighty task, which causes as much anxiety as joy. Therefore, here are a few wisdom principles for raising the next generation.

Charles Bridges comments on the Proverb above, “Everything hinges on training”. So train them early. Think of Hannah dedicating young Samuel to God (1 Sam. 1:28). Also, David taught Solomon from a “tender” age (Prov. 4:3). There is a time when the spirit of a child is most flexible and that is when they are young. Character building in the early years is far easier than later on when bad habits are ingrained.

First, train them to obey you. If children won’t submit to their parents they will not likely submit to God. You feed them, you cuddle them, and you clothe them. But obedience should be required from children. The home is not a democracy. There is an authority structure and God mandates a child to obey their parents (Eph. 6:1).

Much of parenting is influenced by modern day psychology and a high view of the goodness of man. But the Bible views children as not morally good or morally neutral, but rebels whose wills need to be brought into obedience to their parents and God. The very fact that the Proverbs says “train them in the way they should go” indicates that they won’t go that way unless trained.

Requiring obedience also shows children they are not the center of the home. Children don’t create a family they expand it. They come into the home and family that already exists – husband and wife, with Christ as the center. That helps subdue their pride and produce humility.

This means parental training will require confrontation and discipline. Both parents are the authority over the child. A Christian mother’s teaching is kindness to be received and wisdom to be heeded (Prov. 31:26). But a father who is head of the household must take a lead in instruction and discipline. God in Ephesians 6:4 commands this.

Ultimately, a father who won’t confront rebellion and discipline his children is seeking his own comfort. Discipline sometimes requires spanking, but it always involves training and correction. “Folly is bound up in the heart of a child, but the rod of discipline drives it far from him” (Prov. 22:15).

Let love rule and go for the heart

Nevertheless, fathers must discipline with the right attitude—not being harsh or domineering, which will provoke children to anger (Eph. 6:4). So let love rule you as you go for their hearts and direct them to their need of a Savior. Train them in love. Only parents who know the love of God towards them and his loving discipline (Heb. 12:5-11) can know why and how they should “train up a child in the way he should go”. Only those kinds of parents have the wisdom and power of the Word and Spirit of Christ to achieve the goal.

Train by teaching the Word of God. Ultimately the aim of parental teaching is that children would love and obey God. That’s general instruction in Christian character. David says to Solomon:

“Be strong, and show yourself a man, and keep the charge of the LORD your God, walking in his ways and keeping his statutes, his commandments, his rules, and his testimonies, as it is written in the Law of Moses…” (1 Kings 2:2-3).

However, instruction should also be specific. Parents should specifically train boys to be biblical men and girls to be biblical women. Note that David told Solomon to show himself a man, not a woman. David unpacks this in the context of righteous leadership involving sacrificial providing and protecting for the sons of Barzillai, and exacting justice upon Joab and Shimei (1 Kings 2: 5-9).

Many parents don’t do this. So aspirations for marriage and parenting are not even on the radar of young men and young women. Most young men can’t lead themselves let alone a wife. Their fathers have not trained them. Most young women haven’t had a mother who has taught them what being a wife and mother looks like.

Show them how it’s done

For a child imitation is a far more powerful principle than memory and they learn more from the eye than the ear sometimes. Parents who don’t practice what they preach send confused messages to their children. A mother tells her children not to argue with one another, whilst nagging their father when he comes through the door after work. A father tells his children to be kind and caring, whilst never attending one of their soccer matches.

Remember, marriage is a picture of the gospel (Eph. 5:32)…firstly for your children to observe. But it is not marriage in general that is in view in Ephesians 5. It is marriage consisting of a man’s Christlike headship and love and a woman’s Churchlike submission and respect. When children see mum and dad as forgiven sinners in this kind of relationship they see a walking talking picture of gospel love.  Parents in love with Christ and loving each other are a powerful testimony to their kids.

The Christian family should be a place without confusion of the sexes; where a husband loves his wife and a wife respects her husband; where children are loved, taught and disciplined and where they obey their parents; a place of love and order with Christ at the centre.

Is doing all this an absolute guarantee that your kids will be saved – “even when he is old he will not depart from it” (Proverbs 22:6b)? No. Children are saved out of non-Christian homes and children reject Jesus in Christian homes. Generalization is in view in the proverb. Do this and in general it will be true. John Piper wisely says, “We cannot bear the weight of their eternity. That is God’s business. We must roll all of that onto him.”

And finally, there is sovereign grace for parents who’ve fallen short here. God can redeem failures. So we can repent, receive grace and return to his ways. Parents, let’s make a start now.

The Imperative of Joy

Words of Wisdom for a New Year #3

Words of Wisdom for a New Year #2

Words of Wisdom for a New Year

Thoughts on Advent (4): Why did Jesus appear?

Thoughts on Advent (5): A New Year, Adoption and the Advance of the Kingdom

Six Principles of Closet Communion: The Key for Christian Life and Growth

Lessons From Our Vacation

Biblical Manhood and Womanhood is Good