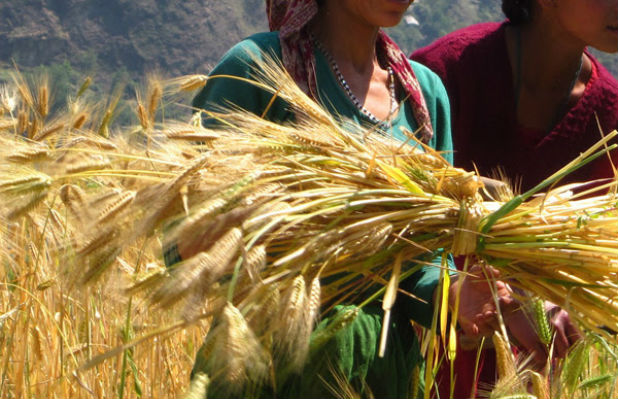 In the West, we are hearing more and more about the global refugee crisis. Each day we hear reports about the dangers and trials of refugees. From Greece to France to Britain and North America, refugees are looking for a new places to call home.

But the situation of the refugee is not new. Jesus himself was a refugee as a child, when his family fled Herod’s state-sponsored program of infanticide (Matthew 2:13).

There is an older refugee story found in the book of Ruth. The young widow, Ruth, was a foreign Moabite who had returned to Judah with her Jewish mother-in-law Naomi (Ruth 1). In the story of her sojourn in Israel, we are reminded of the real fear that a refugee could have, unconnected and unprotected, especially for a woman (Ruth 2:9, Ruth 2:22).

But Ruth found favor from a Jewish farmer, the noble Boaz. He cared for the Moabite refugee, Ruth (Ruth 2:5-7) and declared how impressed he was with Ruth for leaving Moab and seeking the true God of Israel, the LORD, ‘under whose wings you have come to take refuge’ (v.12). The refugee had found refuge in the living God!

God is glorified when people take refuge in him. God is glorified by being a shelter to refugees. Every sinner who believes in Jesus Christ as their Saviour is a person who has “fled for refuge” in Christ, receiving a hope that is “a sure and steadfast anchor of the soul” (Hebrews 6:18-19).

God took care of Ruth the refugee and her mother-in-law Naomi through the provision of Boaz’ kindness. Boaz eventually married Ruth and their great grandson was David (Ruth 4:22).
But even more remarkable, is that through this refugee woman’s descendants there would come the Messiah who was prophesied in Isaiah 11 as being both the shoot of Jesse (Isaiah 11:1) and the root of Jesse (Isaiah 11:10). From the Moabite refugee would come the Son of David (Matthew 1:1), who would be none other than the Son of God, Jesus Christ (Matthew 1:16).

Through the tragedy and trial of Ruth’s life, God showed that he was a refuge not only for Moabite refugees, but for all those sinners who believe in the life, death and resurrection of Jesus.

Those refugees in Christ rest fully secure so that they can sing:

“How firm a foundation, ye saints of the Lord, Is laid for your faith in His excellent Word! What more can He say than to you He hath said, You, who unto Jesus for refuge have fled?”

- From: "How Firm A Foundation"