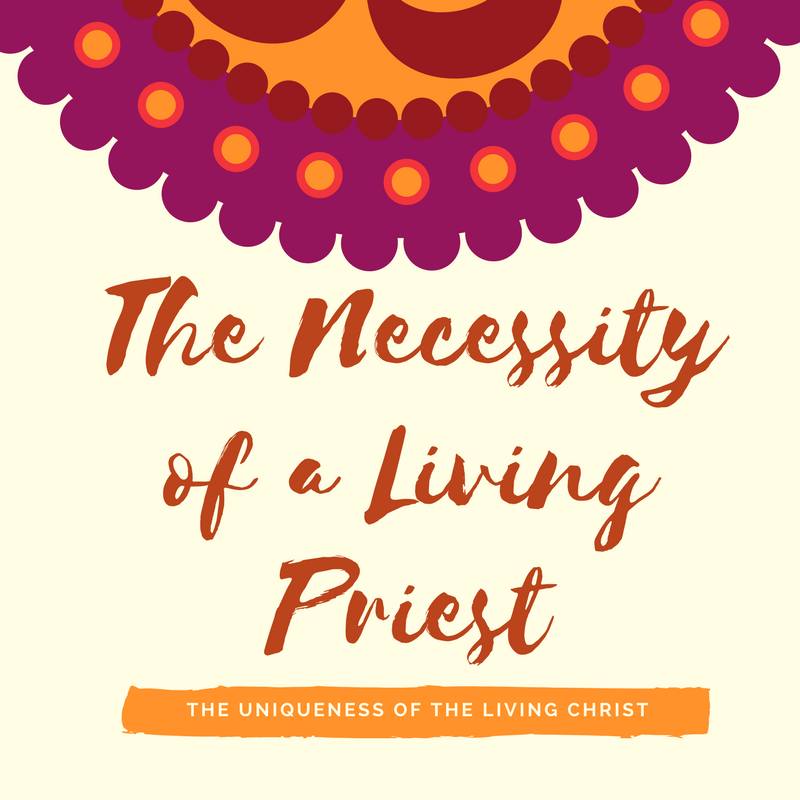 How long do you think you’ll live? My grandfather passed away this last year just shy of his 100th birthday. When we are young, we don’t think too much of death. As you get older, you start to read more obituaries.

The Problem of Death

Death is a big problem for religion. How can a guru, savior, or priest hope to provide any kind of lasting salvation if they die?

That was the problem which the writer to the Hebrews pointed out saying, “The former priests were many in number, because they were prevented by death from continuing in office” (Hebrews 7:23). The short lifespan problem is why the whole Old Testament sacrificial system could not be an end in itself. As the same writer made clear, even the sacrifices themselves weren’t enough, “For  it is impossible for the blood of bulls and goats to take away sins” (Hebrews 10:4). So both the sacrifices were insufficient, but also the sacrificers--the priests who were mediating the sacrifices.

Every Levite’s funeral was a reminder that a priest was needed who could outlive death.

The Logic of Jesus’ Priesthood

From this necessity, we see the logic of Jesus’ priesthood. Jesus, “holds his priesthood permanently, because he continues  forever” (Hebrews 7:24).

The resurrection of Jesus, his ascension, and his continuing life proves that he is able to continue in his priestly work. Nobody else can claim that. No priest in history has been able to back up the hearse. Only the God-Man Jesus Christ is risen from the tomb. So he is uniquely qualified as a priest.

The logic continues, as the writer to the Hebrews says, “Consequently, he is able to save to the uttermost  those who draw near to God  through him, since he always lives  to make intercession for them” (Hebrews 7:25). The point is that Jesus keeps on living, so he keeps on making intercession. Jesus is praying for the one who has drawn near to God. Jesus keeps applying the lasting benefit of his “once for all” sacrifice (Hebrews 7:27) to the sinner who trusts in Christ alone.

So, the logic concludes that Jesus has the ability to keep on saving the believer--- forever and ever. And Jesus is able to save to the uttermost, with a type of salvation that no guru, priest, or lesser savior could ever provide.

The Uniqueness of the Living Christ

No other priest could offer himself as a sacrifice with the confidence that Jesus had when he said, “I am the resurrection and  the life. Whoever believes in me,  though he die,  yet shall he live” (John 11:25).

Are you believing that Jesus is alive and is continuing as a priest for you and applying the benefits of the cross to you today?