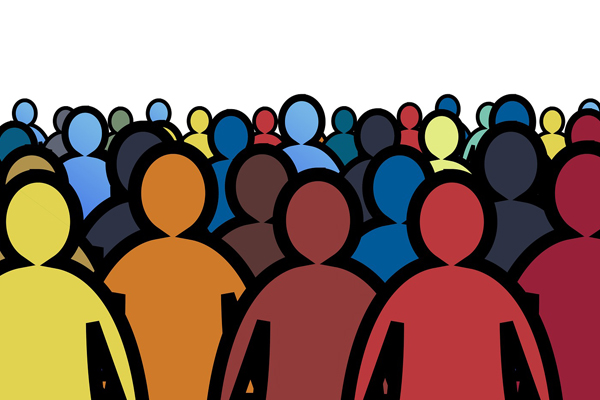 God’s Word creates and gives life. And God’s Word has always gathered and commissioned a people. At the very beginning of the Bible, God created by means of the spoken Word (Gen. 1:3ff). And after creating the first man and woman, God gathered them and spoke his Word to them: “And God said to them” (note both the speaking and the plural audience), “‘Be fruitful and multiply and fill the earth and subdue it’” (Gen. 1:28). At Mount Sinai God gathered the descendants of Jacob and constituted them as a nation by his spoken (and consequently, written) Word, in the form of the Mosaic Covenant: “Now therefore, if you will indeed obey my voice and keep my covenant, you shall be my treasured possession among all peoples, for all the earth is mine; and you shall be to me a kingdom of priests and a holy nation” (Ex. 19:5-6).

Deuteronomy 4, in particular, emphasizes a crucial aspect of preaching that so many Christians tend to miss—the fact that the two ideas of God’s people hearing his Word, and God’s people gathering or assembling, can’t be separated. Deuteronomy 4:10 reflects on Israel’s meeting with God at Sinai as follows: “the Lord said to me, ‘Gather the people to me, that I may let them hear my words, so that they may learn to fear me all the days that they live on the earth, and that they may teach their children so.’” Deuteronomy 4:12 describes what then happened, something not entirely unlike what happens in churches on Sunday morning: “the Lord spoke to you out of the midst of the fire. You heard the sound of words, but saw no form; there was only a voice.” Verse 36 stresses the same idea: “Out of heaven he let you hear his voice, that he might discipline you.” Through Moses, God warns the hearers of Deuteronomy that if they do not heed the words they have heard, and if they decide instead to worship in a different way—and particularly a way (images) that fails to reflect the “word-only” nature of God’s revelation at Sinai—they will be judged in this way, verse 27: “the Lord will scatter you among the peoples.”

In the New Testament, this same pattern continues. Jonathan Leeman notes in his excellent little book Reverberation: “People believe the Word and are saved, and then the Word either builds a church upon them (if there is none) or it adds them to a church” (p. 97). Leeman goes on to show how the first church in Jerusalem was gathered by the preached Word: first, as a body of “about three thousand souls” at Pentecost through Peter’s sermon (Acts 2); then, growing to “about five thousand” men as the apostles kept preaching and “many those who heard the Word believed” (Acts 4:4); and finally, as the apostles set themselves apart from “waiting on tables” to the “ministry of the Word,” Leeman points out that “the Word of God continued to increase and the number of the disciples multiplied greatly in Jerusalem” (Acts 6:7). When God’s Word is declared, whether directly by God himself or through those he has given his Word to proclaim, life is given and a people are gathered.

No wonder, then, that the proclamation of this life-giving, people-gathering Word is such prominent thread in the biblical story. Jesus himself, in his own earthly ministry, prioritized preaching above all else. When his disciples told him everyone was looking for him, he replied, “Let us go on to the next towns, that I may preach there also, for that is why I came out” (Mark 1:38). Luke rephrases this to make the same point: “I must preach the good news of the Kingdom of God to the other towns as well, for I was sent for this purpose” (Luke 4:43). Jesus didn’t view this as a uniquely personal calling meant only for himself, for “he appointed twelve (whom he also named apostles) so that they might be with him and he might send them out to preach” (Mark 3:14).

This emphasis on preaching was carried into the life of the early church, as even a casual survey of the New Testament makes plain. Preaching and proclamation are talked about in Acts and the Epistles more than one hundred times. References to teaching add at least another forty or so mentions to that total. No other early Christian practice is emphasized as strongly as the ministry of the Word! Only prayer, at more than 80 mentions, comes close. Is it any surprise, then, that the apostles, in their pastoral ministry in the first church in Jerusalem, resolved to devote themselves to precisely those two ministries—“to prayer and to the ministry of the Word” above all else (Acts 6:4)? Even the ordinances, vital though they are—baptism, at somewhere around 30 times, and the Lord’s Supper and its elements, at a few more than a dozen times—aren’t mentioned nearly as often. Singing, perhaps the most highly emphasized component of worship in modern churches, gets less than ten mentions!

And even among the many references to the ministry of the Word, note that it’s specifically the authoritative, declarative practice of preaching and proclamation that is so stressed; mentions of preaching and proclamation outnumber mentions of teaching more than two to one. Now, we certainly need to be cautious about assigning too much weight to how often an idea is mentioned, but my point is simple: of all the activities of the early church that are described in the New Testament, preaching/proclamation is talked about more than anything else—and that, without any question, tells us just how important it was in the eyes of the New Testament writers.

Why is preaching so privileged, over even other forms of teaching, and over other activities in the life of the church? Christopher Ash, in another useful book called The Priority of Preaching, explains why when he points out that “God did not just give them the book, he gave them preachers of the book so that face to face they could be taught, challenged, rebuked and exhorted to repentance and faith.” The nature of preaching as authoritative, declarative, one-way talking is the best expression of the proper attitude God’s people ought to have toward God’s Word. More than other forms of discipleship, preaching, Ash argues elsewhere in the same book, “promotes a proper attitude of submission to the Word of God.”

And if preaching is so important to the New Testament, it then follows that listening to such preaching is just as vital. If God gives life through the preaching of his Word, if he gathers his people through the proclamation of his Word, then the life of God’s people and the gatherings of God’s people depend absolutely on their actively and receptively listening to this preached Word. Or to put it more simply, there is no church where God’s Word is not preached—or where it is not received. You can’t have a church without preaching. And, equally, you can’t have a church without listening.

So, this “word heard together,” this expositional listening—again, this humble, receptive, eager, and active seeking to be changed by hearing God speak through the preaching of his Word—lies at the very heart of what it means to be a church, and what it means to be a member of a church. Such listening is the means by which our corporate life as a church begins and grows. And as we’ll see next week, it’s equally the means by which our individual life as Christians begins and grows.