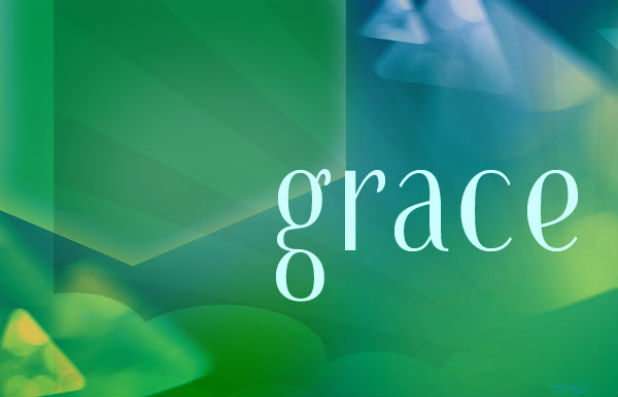 Two weeks ago, I began looking at the Trinity as a way of sharing some of what was taught at the Gospel Coalition Atlantic Canada’s conference in Charlottetown. In that last article, I looked at how only a Triune God can truly be said to be a God of love—a God who, in his very essence, is love. This week we’re going to look, in a similar way, at the subject of grace.

It’s never a bad thing to review those things that are foundational for our faith. The Trinity, especially, is no exception, particularly because so many believers misunderstand both the doctrine itself and its importance. So, quickly, when we talk about the “Trinity,” when we say God is “Triune,” we mean the following (from our Congregational Confession of Faith):

We believe that there is one living and true God, eternally existing in three persons; that these three persons are equal in every divine perfection, and that they execute distinct but harmonious offices in the work of creation, providence and redemption.

The essential elements of the doctrine of the Trinity are, then:

Not mentioned in this statement is another crucial element: each of the three Persons is fully “in” (or put differently, fully “contains”) both of the other two Persons. Where the Son is, then, so are the Father and the Spirit. And all of the actions of the Persons are fully harmonious with those of the others.

With that review, let’s look at grace. Grace is often defined as “unmerited kindness or favor.” So, for instance, every good thing we as sinners enjoy—sunshine, rain, delay of punishment—is grace shown by God to us, grace because we don’t deserve it.

At first glance this doesn’t seem to directly connect to the Trinity. After all, while God can be gracious to us because we don’t deserve it, the Father cannot be described as “gracious” to the Son in that way. The Son, again, possesses “every divine perfection.” He deserves every honor he receives, in other words.

Each of the Persons, then, seeks the glory of the others and pursues the joy of the others by showering his love upon the others. While this is not grace—for this glory and love is most certainly deserved and merited!—my point is that this inner-Trinitarian life of loving the other Persons and glorifying the other persons shows that the idea of seeking the good of another characterizes the very Triune life of God and therefore is intrinsic to who God is as a Trinity. When this concern for others is applied to relationships with creation, it is called “grace” because creation cannot deserve or merit it in any way.

This is only possible because God is not monopersonal, like other conceptions of deity. Allah of the Muslims, for instance, cannot be described as being gracious by nature because Allah is solitary and introverted by nature—in his nature, there is no eternal “other” to relate to. When Allah creates, certainly his creation does not deserve blessing and favor and so Muslims may be able to argue for a kind of “grace,” but the innate and inherent and eternal concern for another that characterizes a Triune God and that underlies Christian grace is entirely absent. And that means Islamic “grace” is something entirely different, something arbitrary and capricious. No wonder, then, that Muslim theologians freely admit there is no assurance of salvation outside of the transaction of martyrdom.

God can only be truly gracious toward us if he is Triune.