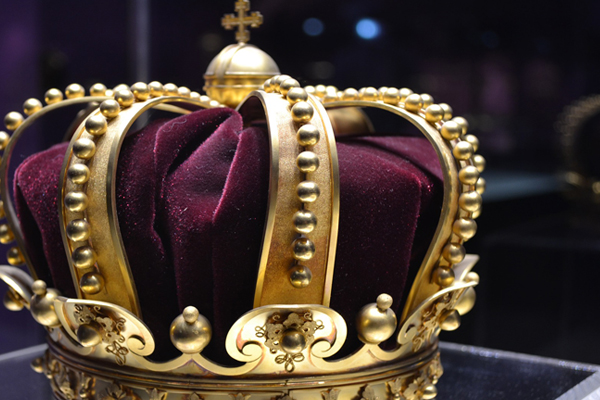 I was recently speaking on the phone with my 86-year-old aunt in the UK. She had been watching a recent documentary on the Queen and said that it was like watching a commentary on her life, as it went through the years of the royal engagement and coronation, World War II and so on. One thing she said really struck me: “In those days we had to wait for things a lot more than we do now and we put up with hardship along the way. There is something good about anticipation”.

Whether it was waiting and saving to buy a house, waiting and saving oneself for marriage or waiting for the war (and rations!) to end there was a goodness about eagerly anticipating something, which increased the joy of finally receiving it. My elderly aunt has some wisdom.

In chapter 2 of his Gospel, Luke portrays a couple of elderly believers, Simeon and Anna. Both are godly. Simeon is described as “righteous and devout” and with the Holy Spirit upon him (Luke 2:25). Anna is characterized by “worshipping with fasting and prayer night and day” (Luke 2:38). Both recognize Jesus as the Messiah when Joseph and Mary bring him to the temple. Simeon praises God saying, “…for my eyes have seen your salvation” (Luke 2:30). Anna came to the temple at the same time, thanking God and telling others of the “redemption of Jerusalem” (Luke 2:38).

However, both are described as believers who had a lively hope for this Christ to appear. They had eager anticipation of the Messiah. Simeon was “waiting for the consolation of Israel” (Luke 2:25) and Anna spoke of Jesus to those who were “waiting for the redemption of Jerusalem” (Luke 2: 38). The Lord had grown in them godly devotion and an eager anticipation of the one who would be Israel’s consolation and Redeemer. Note also that their anticipation was not simply individual but corporate: the Messiah would be the “consolation of Israel” and the “redemption of Jerusalem”.

Simeon and Anna lived in eager anticipation of God’s promised salvation and this was fulfilled before their eyes in Jesus. The Apostle Paul stirs the same anticipation in New Covenant believers like us when he urges us to be holy “waiting for our blessed hope, the appearing of the glory of our great God and Savior Jesus Christ, who gave himself for us to redeem us from all lawlessness and to purify for himself a people for his own possession who are zealous for good works” (Titus 2:13-14).

So ask God to increase an eager anticipation of Jesus’ Second Advent that will purify us, make us fruitful and increase our joy when he comes.