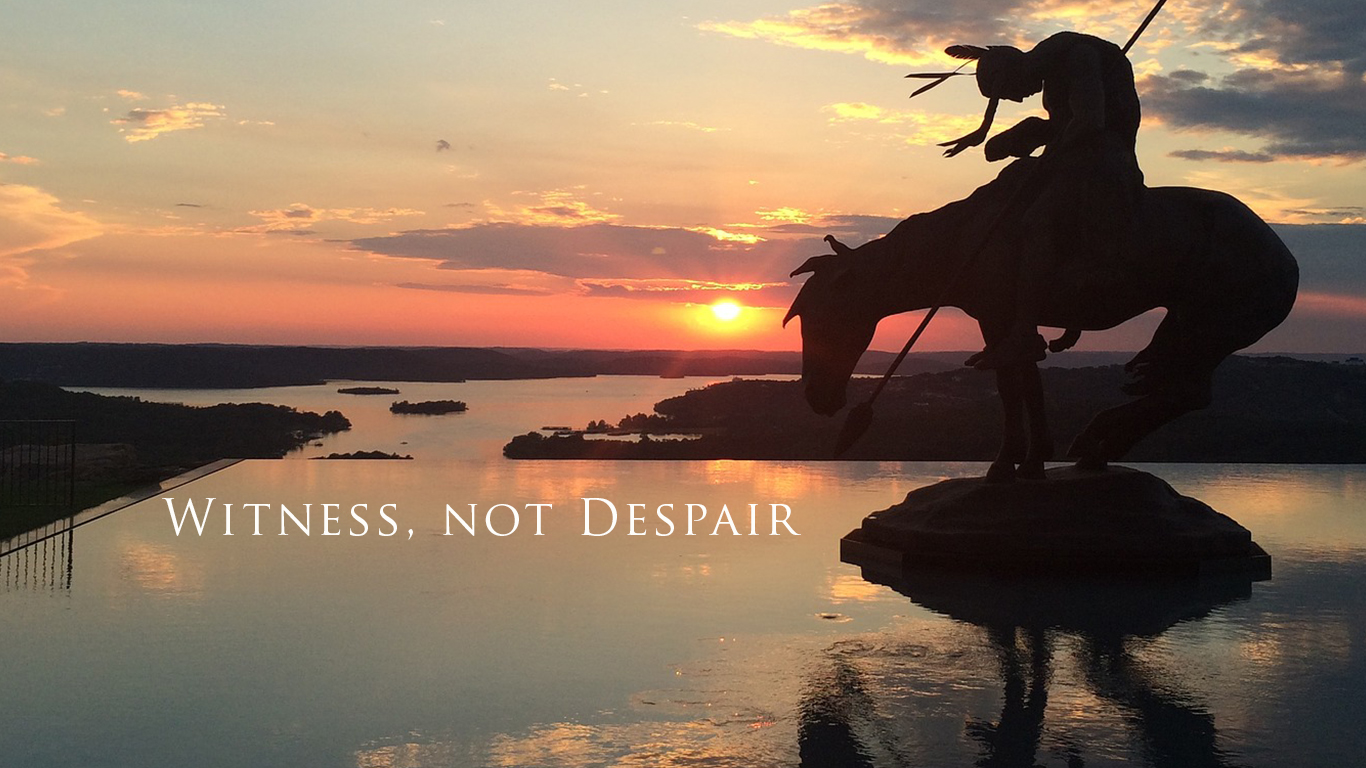 There was a Cree chieftain named Maskepetoon who lived during a time of brutal warfare between the Cree Nation and the Blackfoot Confederacy in Alberta and Saskatchewan during the 1800s.

Maskepetoon emerged as a great warrior among the Cree, seasoned by many campaigns against the Blackfoot, as they fought for supremacy during the advent of the fur trade.

Now Maskepetoon grew close with the Methodist missionaries, George and John McDougall. Maskepetoon was converted to faith in Jesus Christ, and showed a great esteem for the Scriptures that had been translated into Cree.

In one instance Maskepetoon faced an incoming attack from the Blackfoot. At the last moment, he stood up and started to read from the Bible. When the Blackfoot warriors came close, they stopped and instead of attacking the Cree, they asked Maskepetoon if he was the Christian they had heard about and if he held in his hand the special ‘book’.

We can learn from the example of Maskepetoon, that esteeming the Scriptures can give us confidence as we face the attacks, trials and challenges of this world.

Regularly using the Scriptures as our ‘go-to’ in times of difficulty make us have a habit of bearing witness to the truth, rather than despairing.

For Timothy, like Maskepetoon, had “the sacred writings, which are able to make you wise for salvation through faith in Christ Jesus. (2 Timothy 3:15).

As Peter testified, that even compared to the miracle of the Transfiguration of Jesus, “we have the prophetic word more fully confirmed, to which you will do well to pay attention as to a lamp shining in a dark place, until the day dawns and the morning star rises in your hearts” (2 Peter 1:19).

In these ways, it is clear that the Scriptures give us confidence so that we need not despair of our circumstances.

It was encouraging for me to read about a First Nations leader who followed Jesus Christ in discipleship a half century before any of my British or Scandinavian relatives arrived in Western Canada.

Maskepetoon’s convictions lead him to forgive his enemies (Matthew 5.43.44; Luke 6.35). And in his regular testimony of trusting in God’s Word, he entered his enemies’ camp with no weapon except his bible. Sadly, in the pursuit of peace he was murdered as he walked into the Blackfoot camp. But like Abel, “through his faith, though he died, he still speaks.” (Hebrews 11.4).

The Scriptures can give us great confidence like they did for the apostles, and others like Maskepetoon. Such confidence helps us to bear regular consistent witness with the testimony of the Scriptures. In this way we don’t need to despair, for we have the witness of Jesus himself who said, “These are my words that I spoke to you while I was still with you, that everything written about me in the Law of Moses and the Prophets and the Psalms must be fulfilled.” (Luke 24:44). We may not become martyrs, but we can have a witness, or a marturia, that is confident and not despairing, trusting in Jesus Christ.