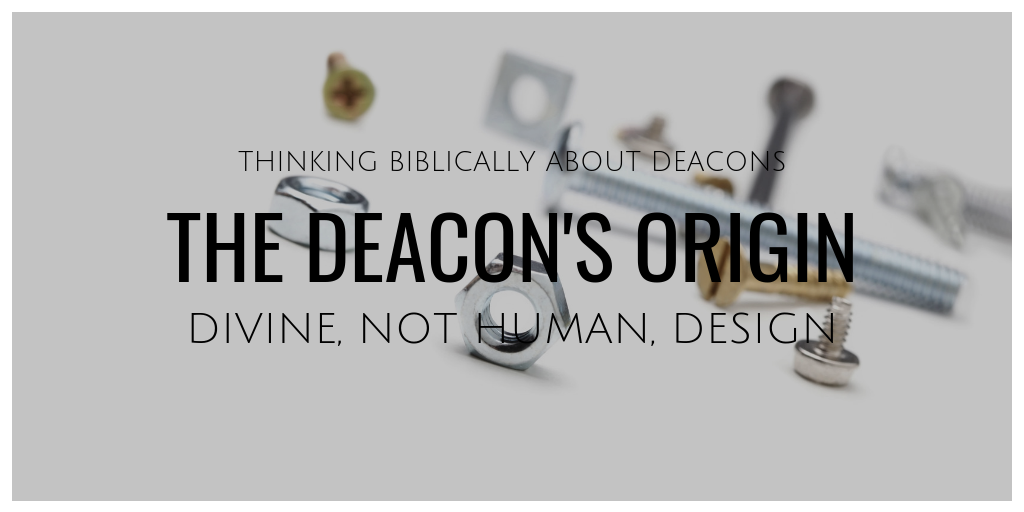 The Church of Jesus Christ is no ordinary institution. Her origin is divine. Her power is supernatural. Her objective is not of this world. Her enemy is cosmic powers and spiritual forces of evil in the heavenly realms. Her charter is God-breathed. And her building blocks are human beings born not of the flesh, but of the Spirit.

From a human perspective, however, this simple structure may seem bewildering. God’s intention is for his Church to be represented among every tribe, tongue, and nation (Rev. 5:9; 7:9; 14:6), her message to reach the very ends of the earth (Acts 13:47; Rom. 1:18). When we imagine a human organizations that have a similar scope for their operations (for example, a transnational agency such as the United Nations, or a military institution with global reach such as the United States Armed Services, or a multinational corporation such as Exxon or Apple), we think of complex bureaucracies and complicated hierarchies. We think of the different functions of shareholders, directors, executives, upper, middle, and junior management, foremen, and supervisors; secretaries-general, secretariats, councils, commissions, and committees; generals and admirals, colonels, majors, captains, lieutenants, sergeants-major, warrant officers, and corporals. And yet God, the source of all wisdom, has deigned to ordain only two offices, that of shepherds and that of table servants, for the good and the growth of the Church which carries out Christ’s Great Commission to disciple the nations.

Such a design seems too simple. Perhaps that is why the history of the Church shows that, from the earliest centuries following the apostles, Christians have been prone to multiply functions and offices—often with disastrous results. The writings of Ignatius in the early second century suggest that already the eldership had been split into bishops (the senior shepherds) and the presbyters (the junior shepherds). Over the centuries a dizzying array of ecclesiastical offices sprouted across the Christian world, with archdeacons, archbishops, cardinals, and Popes added to the Western (Roman) Church, and metropolitans, patriarchs, and ecumenical patriarchs in the Eastern (Orthodox) Churches, and monks, nuns, abbots, priors, prioresses, and more in both. Even after the Reformation, the same tendency toward complexity began to reassert itself among the Protestant churches. Anglican and Lutheran bodies imitated their Roman forebears by adopting bishops, Presbyterian bodies divided their elders into teaching and ruling elders, and some Protestant bodies overreacted against clericalism in the opposite direction and eschewed church offices entirely. In the modern era many Baptist and non-denominational churches copied the corporate sector in creating boards of trustees or directors in addition to pastors and deacons, while Salvation Army churches renamed and redefined their offices after military ranks and patterns. The results throughout church history have been less than positive, from the turf wars between Roman popes and Eastern patriarchs for supremacy over the global church, to runaway deacon boards in the American South, to CEO pastors in North American megachurches.

Church polity is hardly the only area of Christian theology and practice where Christians struggle to be content with what God has revealed. Protestants, however, committed to the principles of sola scriptura (Scripture alone as the only infallible rule of faith and practice) and tota scriptura (all of Scripture being profitable for our instruction), have no excuse for failing to strive to honour the limits God has given. If the New Testament presents only two offices as God’s design for the church, then we dare not add to God’s Word (cf. Prov. 30:6) by inventing others. Yes, the New Testament does suggest that within the two offices there may be varieties of emphasis or responsibility among those holding them, such as elders who receive double honour (greater financial support) or who are devoted (set aside) for preaching and teaching when compared to other elders who may receive less support or who preach and teach in addition to other work (1 Tim. 5:17). But such variety within God-given offices does not give warrant to create new ones.

The starting point, then, for any discussion of the office of deacon is to recognize that the Church which the diaconal office is designed to serve is neither of human design or at human disposal to restructure. Therefore, the functions and roles of Christian deacons cannot be found by imitating examples found in business, government, or the military. Rather, we believe that the origin of the office of the deacon is divine, just like that of the church, and that we therefore must look to Scripture to teach us what deacons are and what they do.