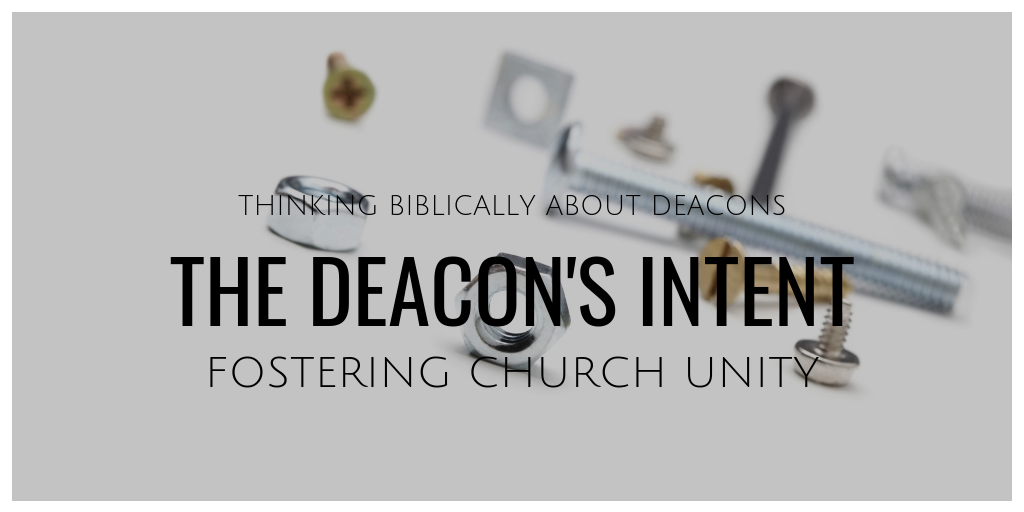 What are deacons? What is the purpose of this office, and how shall we define it? It’s interesting that when Paul gives the qualifications for deacons to Timothy, or when he mentions deacons elsewhere in letters to Philippi and Rome, he does not say what they do or what they are for. It appears that the purpose of deacons was something generally understood in the churches Paul started. This, then, means that we need to look to Acts chapter 6, the story of the installation of the Seven and the only other passage that seems to describe deacons, to learn what this office is for.

Is Acts 6 about deacons? It’s interesting that the Seven appointed here are not called by that title. However, that doesn’t mean that they weren’t. Rather, I suspect the name of the office was firmed up later. I think we can be confident that we’re talking about deacons here in Acts 6 for two reasons: because other forms of the root word for “deacon” are emphasized here—“diakonein” and “diakonia”; and, because elsewhere in the New Testament only two church offices, that of pastor/elder and that of deacon, are given. Since we see here in Acts 6 only two offices—the apostles (who are acting as pastors of this church), and the Seven appointed by them with the advice and consent of the congregation, it follows that they are the first deacons.

Turning to Acts 6:1-7, we see three important truths about the office of deacon, all three of which can be drawn from the problem that the Jerusalem church is facing and the apostles’ reaction to it. This week, we’re only going to look at the first. So, what was the problem in Jerusalem? The Jerusalem church had grown with blinding speed. It had successfully reached out to and included significant numbers of both major groupings within the Jewish culture of the day—the Hellenists, those Jews who adopted a more “Hellenic” (Greek) manner of life, and the Hebrews, who more zealously guarded their cultural and religious distinctives.

As a result, the Jerusalem church reflected the broader culture, including the “fault line” between Hellenists and Hebrews. In Acts 6, we see “seismic tension” and “tremors” along this fault in the church. The unity of the Jerusalem church is being threatened by a seemingly unfair distribution of money. The Hebrew widows were receiving help, but not the Hellenists. So, first, we see a problem of division.

There are two other closely related problems here, which, again, we will look at in the near future, God willing. But for the moment, we need to recognize that the fundamental intent behind the creation of the deacon’s office was to foster and preserve the unity of the church. This is a crucial point. We’ll see in the coming weeks that deacons care for practical needs and free up elders for Word and prayer. Those are worthy goals. But if those goals become ends in themselves, the deacons will fail. One only needs to think of the old church horror stories about fights on the decorating committee to see that efficiency, effectiveness, or procedural or aesthetic excellence actually can be pursued at the expense of congregational unity!

Deacons exist, first and foremost, with the intent of fostering unity in the church. Only with that primary purpose in mind can we then turn to look at others.